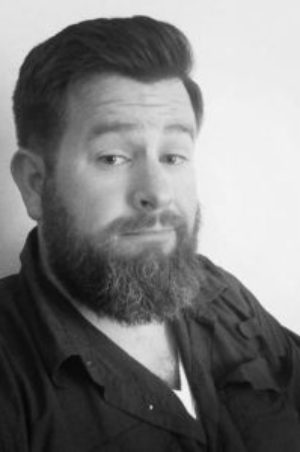 Andy has been acting since he was a kid (and by some accounts he still is a kid). Some voice actors claim versatility, but Andy embodies it. His natural conversational voice is friendly, laid back, just like your buddy from college or your next door neighbor. More than one client has suggested he kind of sounds like Jon Hamm at times. Andy also has the vocal range to do everything from a younger sound to a deep masculine blue-collar Midwesterner, from a straight announcer to an international neutral accent, and a variety of character voices!

Andy has been cast as a voice actor in several video games to date including: Ride, Nelo, and Sebastien Loeb Rally Evo, etc.

Andy has done one photo shoot for 4info where he was cast as a guy dumping a water cooler on his boss!

Andy's background is in voice over, stage acting, radio broadcasting, and most recently he's trained with the KC Improv Company for several years.