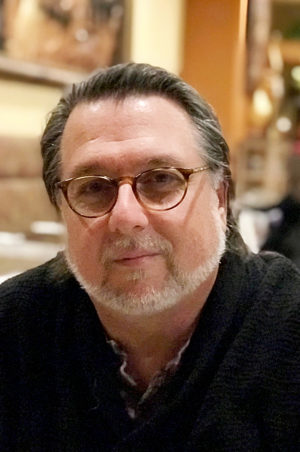 Bringing authenticity to every read for over 25 years in everything from Radio and TV commercials to Corporate Training, eLearning, Explainer videos and Audiobooks. Originally from New York and settled in Southern California I can give you both an East Coast Attitude or a laid back, sun drenched dude. My delivery can also fall smack dab in the middle of the US, like Kansas City Missouri!

Feel free to check out all my details at www.johnnyvot.com!

Just a sample of my Clients over the years:

My career behind the microphone began in the early 1990’s working as an announcer for KSDS - Jazz 88. During my time there I was afforded the opportunity to provide long form narration to the US Navy for their training program in Point Loma for SONAR CBT (early eLearning Platform). I remained a part time VO talent for approximately 26  years mostly in eLearning and regional commercial Voicework. I am a full time working Professional Voiceover talent and I remain very busy with eLearning and as of the last 5  years I have been producing Audiobooks for various publishers.

For 25+  years I have provided VO services and audio production for a variety of industries to include Military, Technology, Corporate, Life Sciences, Pharma and Commercial companies. Much of my work has appeared in a confidential setting however a fair amount has appeared in different regional markets across the country.

Worked in various roles at KSDS primarily as an announcer 4 days a week during morning drive time. Produced various PSA’s and promotional pieces for broadcast.

Work as an announcer and producer for approximately 2 years.

Worked as a Multimedia developer/designer and primarily as an audio producer and Narrator for many video and training pieces during my tenure in the corporate world.

VARIOUS CLASSES AND CERTIFICATIONS — OVER 25 YEARS