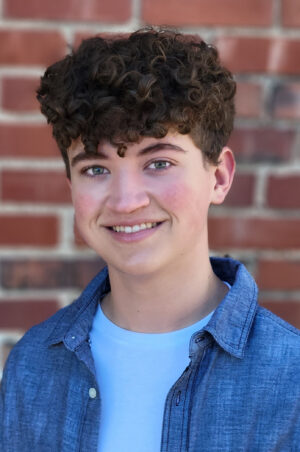 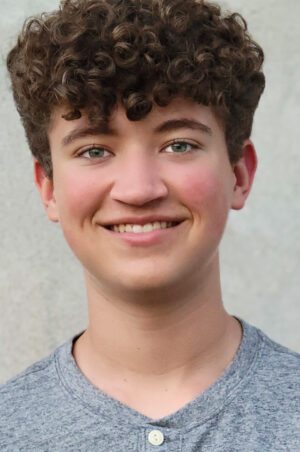 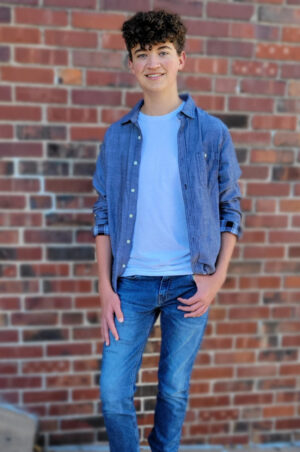 Ethan Wood is a witty, wickedly smart 15 year-old boy who enjoys acting, singing, dancing and making people smile. He is known for his curly hair, long eyelashes, intelligence and sense of humor. Ethan is excited about opportunities in TV, Film, Print, Voice Overs, Modeling, and anything else that may come his way. Ethan was cast as Gavroche in a local production of Les Miserables, earning high praise from director Mark Swezey (Kansas Thespian Hall of Fame) for Ethan's singing and acting talent, ability to read music, maturity, accent, and quick memorization skills. He has also appeared in commercials, film, and television. In addition, Ethan has experience in a professional recording studio, loves science, robotics and sports, and is an honors student at The Barstow School.